Free Plasma Day
I'm declaring May 4th this year as 'Free Plasma Day'. If you want to get yourself a free plasma, then simply login on the 4th and keep an eye on the Dead City.

Birthday Blood Rage Event
The awesomely popular blood rage event to celebrate Reign Of Blood's 7th birthday will end on the May 2nd. So make sure you get everything  you need out of it in the next couple days.

April Competition
The April competition is now closed. Thank you to everyone who entered. I have posted some of the best ones here, plasma is on the way to everyone! 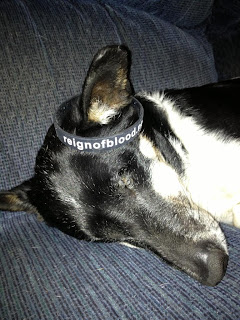 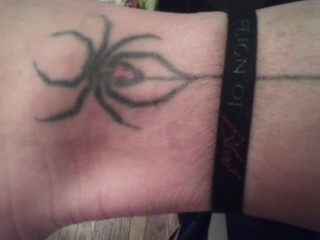 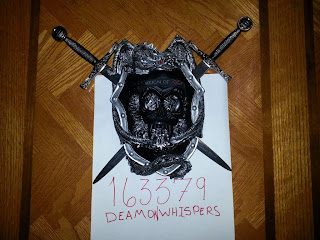 Enjoy the rest of the week, some cool stuff coming up.
Ash

Email ThisBlogThis!Share to TwitterShare to FacebookShare to Pinterest
8 comments

Reign Of Blood is 7 Today

Birthday AP Rage
It's time for another massive blood bath on Reign Of Blood. I last ran this event a couple years ago, and it was really liked and things were crazyyyyy. So I've decided to run it again for RoB's birthday (and even lowered some of the prices.) I hope you've got some spare AP, because things are about to get violent.

On top of that, simply using AP gives you even more boosts. I won't post the table here, but you can head over to the AP shack at the Dead City to check it out.  Your potion boosts still add ON TOP of these AP boosts. AP and Plasma are selling like hotcakes at the moment on the market, it's the best time to buy and to sell.

The way to look at this, is free boosts for using your AP as you normally would. And not just mild boosts, it's possible to earn to 3x blood and coven exp during this event.

The event will last from today until Thursday 2nd May. Head over to the Dead City for more information on the event. (I'm not ruling out a possibility of an extension.)

Presents!
You can't have a birthday celebration with presents. There are 5 hidden presents around RoB which contain an AP prize. More might be added later.

VIP/Plasma Special
Nothing goes well with an event like the ability to pick up some cheaper VIP and plasma. For the duration of this week long event a birthday special will be active. (Perfect for getting some extra boosts.) There will be another rare pack (part 2) which will be available later today for those who missed (and those who want another) the pre-birthday pack.

Thank you to everyone who's played Reign Of Blood over the last 7 years. I will continue to devote my efforts into keeping it one of the best vampire games on the internet.

Enjoy the event,
Ash
Email ThisBlogThis!Share to TwitterShare to FacebookShare to Pinterest
16 comments

There is now a new mysterious fire demon to breathe a bit of life into the Dark Tower. His origins are currently not known, but he doesn't take to kindly to guests. The Dark Tower updates include:

+ New layout
+ Fixed a  couple bugs and exploits
+ Demon pops up at a specific location, after a battle, he moves location. You can only attack him once every 3 hours. The probability of you succeeding, is based on your power. The rest I'll leave you to work out.

I have also made a new Dead City section specific for potions (you'll see why over the coming weeks) and moved training to the top of its section.

It seems people are still struggling with a couple of the Strange Request quests, here is a hint for number 3: Bank & Plasma.


As I said in the last blog, I'm very looking forward to the event I'm going to code up this weekend. It's going to be a blast. Hope you're not too busy towards the end of next week.

Enjoy the weekend,
Ash
Email ThisBlogThis!Share to TwitterShare to FacebookShare to Pinterest
6 comments


Something Double For Everyone
As people fight over getting into the top 10 everyday to get their WP, (Which has been well received, thanks everyone!) I thought we could make it a little more fun this weekend by throwing out some double stuff.

This weekend only enjoy:

New Quests
5 new rank 50 quests for you this weekend, here they are:

(On a side note, these quests take us to a milestone of over 100 new quests on the new quest system, yay! Just think of all that QP given away.)

I'm setting up an awesome event for the end of the month. I can't wait.

Enjoy the weekend,
Ash
Email ThisBlogThis!Share to TwitterShare to FacebookShare to Pinterest
8 comments

- You can no longer send IG funds to people who has blocked you
- Motivation is no longer given to you at midnight. You can claim your motivation once every 24 hours just like the Wheel Of Death (This will solve the problem of it not adding some days!)
- Added a warning to the WP shop to spin the Wheel Of Death before unlocking the ability to spin it again
- Removed the 4 flags achievement

New News Page
The news page has been updated a little today. I've added a new "read" system. When you load your news page, the news items you've not yet seen have been highlighted. The includes the battle log and other news tabs.

More on the way.

Enjoy the rest of the weekend,
Ash
Email ThisBlogThis!Share to TwitterShare to FacebookShare to Pinterest
8 comments

Final Eggs
I have hidden 5 more eggs around Reign Of Blood. Be quick though, as the Easter event will end tomorrow (Sunday 7th). This also means that all Easter features will be closed and the VIP/Plasma special will end also.

Egg Rage?
I'm afraid egg rage will not come to life this event. There is a reason. And that's because I have something better for it. Stay tuned.

Enjoy the rest of the event,
Ash
Email ThisBlogThis!Share to TwitterShare to FacebookShare to Pinterest
2 comments