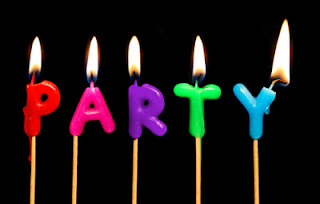 Birthday e-celebrations
Today I'm celebrating my 24th birthday, and as I'm not really doing anything for it until the weekend, I thought we could have a little e-party here on RoB.

This months competition is to dust off your writing skills. Each competition entry must be an article written in the style of the ol' Phantom Press' newsworthy section. Pick a current issue, update or goings on, and write at least a 3 paragraph article about it. Click here for full entry details.

If you missed the blog post a few days ago about the further updates to the daily quests, please click here to catch up.

Email ThisBlogThis!Share to TwitterShare to FacebookShare to Pinterest
28 comments

Downtime Results
The server move was successful. The game was down only 2 and a half hours out of the 3 hour estimate, which is good news. We're now sitting in the new North London data center. Promo code: 25thdowntime for the two hourly resets missed.


August Competition Final Reminder
This is the final reminder for you to update your profile layouts to enter the August competition. Please remember to post on this thread if you'd like to be judged, if you do not post, you will not be considered. The judging will taking place between the 31st August and the 4th September. Make sure you have your profile up during this entire time.


Daily Quest Changes
Thank you for the constructive feedback that was posted on the new daily quest updates.  I've taken all the feedback into account and have made the following changes and bug fixes, I hope you're pleased.

The 'Daily' Quest changes:
Because of the new daily quest task additions, I made it so you only have to complete 7 out of the 9 daily quests in order to get the extra bonus. After reading the feedback, I have come up with a good solution to the general issue.

The 'Daily' quest now has 5 different tiers of rewards.

I hope you're happy with the changes, please give further feedback on the same thread (and any bugs of course).

Ash
Email ThisBlogThis!Share to TwitterShare to FacebookShare to Pinterest
9 comments

Our servers are being moved from their current location to a new data center in North London. The server IP addresses etc will not be changed, so as soon as we get them plugged into their new home, everything should connect back up.

Thanks,
Ash
Email ThisBlogThis!Share to TwitterShare to FacebookShare to Pinterest
5 comments


Revisited: Daily Quests
The daily quests are used by so many players every single day, now I think it's time for a little shake up! Below are the listed changes to the daily quests:

[NEW] Quest Of the Day
Not to be confused with the Question Of The Day, the Quest Of the Day has 7 random tasks that change every day at the midnight reset (more can be added over time). The tasks can be anything from killing to collecting gems in the underground. I think this is a cool new exciting way to have at least one unknown task to complete each day. The Quest Of The Day will be named 'the random daily' on the quest log.


[UPDATE] QOTD Removed
The QOTD daily quest has been removed. Due the 'lack of effort' required and the 1 in 4 chance of getting an extra reward as it is, seems just like a waste of space on the page, so it's been removed (plus I don't want to add to the confusion of the new quest of the day feature).

This brings the list of daily quests to: The Random Daily, The Battle, The Battle II, The NPC's, The Hunt, The Feed, The $earcher, The Pet and The Voter.


[UPDATE] The 'Daily' Daily Quest Update
It would be insane to have a daily quest that meant you had to do ALL of the daily quests, because of the different locations you have to be in to earn the energy to do those tasks, would be impossible to do. So to make things a little more possible, you can choose to complete any 7 out of the 9 daily quests to earn the daily quest reward.


Question Of The Day
As noted above with the removal of the QOTD daily quest, as a compromise (because I'm such a nice guy), you all have a small chance to win a QP by getting the correct QOTD answer for that day for free!


Suicide stuff
There was a little bit of an uproar with a silent update I did a few weeks ago regarding the suicides which I forgot to mention before. It was just a routine security update to help fill some holes that people abuse, suicide being one of them. An alternative cap based feature that helps stop abuse was uploaded instead of the one that I actually wanted. I created two versions and uploaded the wrong one. Soon after noticing the forum thread I checked it out and uploaded the non-capped (more hidden) security feature. More recently it has been reported that the text on the suicide page indicated you could not fight again until the next hourly reset when you suicide, I have now rectified the text to make the feature more clear.


Double Points
Earn double points all weekend on all of our point offers.  All 4 points companies are offering double points until Sunday night (game time). Points are great for earnings some free VIP and plasma, you can also sell points on the market, currently valued at around $30,000 each! These new companies also have really quick simple offers, like watching videos, it's really easy and a great way to earn some in-game stuff which costs you nothing.

On a side note, I have had a few bls asking if I'm ever going to reset everyone back to rank 1 again, and i say, NEVER!

One more thing - You'll notice that across all the coven pages, equipment worth is now displayed next to the current weapon information :)

Enjoy the weekend :)
Ash
Email ThisBlogThis!Share to TwitterShare to FacebookShare to Pinterest
17 comments


PLASMLYMPIC EVENT
I'm so glad everyone has enjoyed the huge benefits and fun this event has created, below is overview of the event and the extra prize winners.

All the Plasmlympic Gold from fencing has been given out, you have 3 days to use it before the page gets removed from the Dead City.

Hope you enjoyed this event! Please let me know in the comments below.


July Competition Winner
The total amount of NPC blood paid out until the start of last month was a cool: 306,099,741. That's a lot of blood!

August Competition
The August competition is in full swing, I'm start to see some nice profiles set up already! Want in? Click here for more information.


25th August downtime
I know this is a little in advance, and you'll get more warnings and more specific times when we get closer, but the game will be down for a few hours on the 25th August.

We are pleased to announce that on the 25th of August we will start migrating servers from our current data centre provider to a brand new, high specification facility in North London.

As this migration involves physically moving equipment, there will be some downtime involved whilst this takes place. We will of course be taking every possible step to minimise the disruption to our services. Currently we are anticipating approximately 2-3 hours of downtime whilst we migrate their services.

Email ThisBlogThis!Share to TwitterShare to FacebookShare to Pinterest
14 comments

I'm so happy everyone is enjoying this event, this is just a quick post to let you know that the entire event will end on Sunday (2 days time) evening. This includes all the event features and the plasma special.

The gold will be given on Sunday evening for the milestones everybody has hit with the fencing feature, but you will have only 3 days after the event on Sunday to claim and use them.

Good luck & enjoy the rest of the event!
Ash
Email ThisBlogThis!Share to TwitterShare to FacebookShare to Pinterest
6 comments