On Tuesday all weapon trading features will be closed so I can spend the day implementing a new update. This means there will be no trading of weapons or armour by any means on that day, this includes:

& anymore if I've forgotten. They will be worked on one by one and then re-released when they're fininshed. When the new update is fully installed i'll post another blog all about it :)

Email ThisBlogThis!Share to TwitterShare to FacebookShare to Pinterest
19 comments

Thank you all so much!

Thank you to everyone who contributed with the special offer. We succesfully made up the setup fee for the new servers! I'll be ordering them tomorrow. My lovely Flu is fading after a fun 9 days with it, things will be back rolling monday.

The 3 random donators that get 10% of what they bought are:


Thank you again for all your support, its a great feeling knowing you're all willing to help out to keep RoB running!

Thanks,
Ash
Email ThisBlogThis!Share to TwitterShare to FacebookShare to Pinterest
20 comments

2 day plasma special - Get yours now!

Due to the ever-growing popularity of RoB (which is good) the ever-growing need for more servers to power it is increasing also. The next stage in our hardware network is to start a load balancing system between several servers. In order to get this started there is quite a nasty setup fee. As the hosting company is VAT registered next month the prices will go up 17.5%, so this upgrade needs to be done before it costs waaaay too much.

To raise the last bit of the setup fee needed I am running a 2 day plasma special. Every little helps! Building the hardware network to make RoB have more room to grow and to have a faster, better experience for all the current players.

3 lucky donators will win 10% extra plasma or VIP days bought in this special added to their account! Winners announced Saturday.

Thank you for your support!

Ash
Email ThisBlogThis!Share to TwitterShare to FacebookShare to Pinterest
15 comments 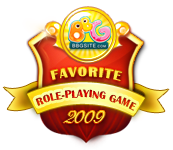 Sexy badge? I think so.


Good afternoon everyone. I unfortunately have come down with a major case of man flu so I haven't got much done the last couple days. Saying that, the contracts are complete for the first of the two pre-paid in store cards to be accepted on RoB. 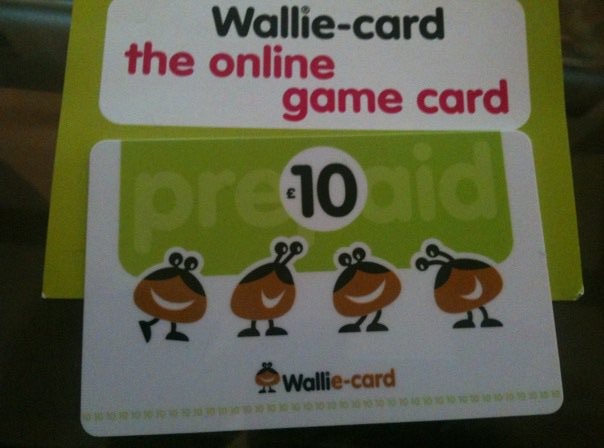 ReignOfBlood is now accepting the WALLIE CARD. These are most popular in the UK and Europe. In the UK they are at every street corner, every Co-Op, Tesco, Asda, Spar, Nisa, they're everywhere that has a paypoint. Also WHSmith and Clintons. They are also in a few popular places around Europe.

The Wallie Card is available in the USA (which is like 70% of the player base), and I made sure of this. Although, it is not that popular. http://wallie.us/index.php?page=sellingpoints << If you put your town or postcode in there, it'll show up if any stores near you sell it. They have only just started pushing the card is the USA so as time goes on they will be more common.

As for the other pre-paid card (the one in walmart etc)  I have to do some talking with my accountant as I have to register my company in a different way to get accepted. I assure I will do what I can but don't expect too soon. For now though, the Wallie Card is now accepted, everything should work okay, it should add right away when you enter the card number.

Head on over to the VIP page and take a look around and let me know your feedback. Sorry it's not available everywhere across America, but I'm working on it.

It is currently only available in UK,USA & Europe (some countries). Any questions? Please let me know.

Thanks,
Ash
Email ThisBlogThis!Share to TwitterShare to FacebookShare to Pinterest
17 comments

And the winner is... ReignOfBlood! ReignOfBlood was declared Favourite RPG of 2009 on BBGSITE! Thank you to everyone who voted for us. As well as hitting 300,000 total signups, this has been a great week so far! For your thanks head over to the promo page and enter "rpg2009win".

Thanks again for supporting RoB!
Ash
Email ThisBlogThis!Share to TwitterShare to FacebookShare to Pinterest
34 comments

Another awesome milestone, 300,000 total signups! I remember not long ago we were celebrating 100,000. To collect a small celebratory prize, head over to the promo page and put in "300k".

Regarding the points - i see that people are getting into the habit of trading some off, which is good to see. When i opened the market I saw people post them at ridiculous prices...and they sold. They've kinda leveled out now though.

As for the game cards - I am waiting on the contracts for the stores i announced in a previous blog, everything seems to be going okay with these guys. As for the company who have cards in Walmart may not be possible to get until later on in the year, I need to have a talk with my accountant (they're being shitty with how Hales Bytes is registered in the UK to be accepted).

The newwwwwwwww big sexy update is well on its way and will be with your shortly, need to do a lot of testing but hopefully it'll change the economy for the good.

Thanks!
Ash
Email ThisBlogThis!Share to TwitterShare to FacebookShare to Pinterest
18 comments

Good evening!
I've asked this game card company to give me a list of stores where their card is sold. In the UK+Europe it's all PAYPOINT shops, Nisa, Co-Op, Star etc. Anywhere that sells topups, which is basically every corner of every street of the country.

As for the US. (Which is where most of you are) Here is the list of the most popular shops the game card is in: (the game card being a card you buy in shops to be redeemed on RoB for VIP/Plasma for players who cant or dont want to use a credit card)

To all those people who took part in the survey who said they would buy game cards from shops because that cant pay with a credit card, are those stores near you?  Comment this blog. I live in the UK so have no idea what these stores are or if they're around a lot, so your feedback is appreciated.

Now onto the points...
I've had mixed feedback, which is what I've expected. Now, I have added a big yellow notice which if you take part in the offers you MUST read. Some don't work and I know it's frustrating but that's the way they are. There is no point complaining to use about it because it's out of our control. If you don't want to do them then don't do them. If you have had bad experiences with them, don't like them, don't like the idea, do NOT do them. please dont waste everyone time complaining about them telling everyone they're crap. They are working, quite a few have gone through and people have been earning quite a few points.

http://reignofblood.net/points.php < head over to the points page to take a look.

As we stand now I've added a second company (points company #1) which consists of smaller paying, quicker surveys and trials (this company allowed to me to filter out mobile phone and credit card offers so they wont show up). Each company adds new offers daily so check back each day to get the most out of it. We continue to seek out different companies and trying them out. Most importantly, if you're not happy about them, don't do them!!

We welcome constructive feedback, but complaining about them won't get anyone anywhere because nothing can be done. If you don't like them, don't do them, they're not compulasry :)

If it goes well and people use them and it's overall liked, I'll make points tradable on the market too.


Thank you for all your feedback so far, and thanks to those who took part in the small survey I released.
Email ThisBlogThis!Share to TwitterShare to FacebookShare to Pinterest
110 comments

Thank you for all who filled out the quick survey, I get sooooo many requests for ways to get VIP/Plasma without using a credit card (as a lot of players are under 18) and I am hunting down different ways.

I have been seeked out by a company with these CPA offers. You basically fill out offers and earn 'points' where you can trade for VIP days or plasma. I have set up a test run to see how it goes. I've used these companies before and it can be frustrating for people to fill out offers and the credits not go through properly. But, I've set one up for a test run to see how well it goes.

http://reignofblood.net/points.php  << Click that link to go to the points page.

Make sure you read the whole page before checking it out, I've completed about 3 and got no credit yet, I am talking to the guys, but it just might be me being stupid, so I've released it to you guys as a beta test so if you could do a couple and discuss on the forum (link on the page) your experience with it.

Ash
Email ThisBlogThis!Share to TwitterShare to FacebookShare to Pinterest
18 comments

I heard that the server was down a lot yesterday? It's funny that the day when I'm not home everything screws up haha but it's okay, the guys are just doing some IP migration, so there shouldn't be anymore downtime, sorry about that! There are 1 or 2 more software problems they're looking into over the next few days so things might be a bit bumpy but it should be okay.

Alright, now for all of your piece of minds, I have paid for an advanced backup system for RoB. Basically it'll backup the entire disk of both servers EVERY HOUR without any downtime. (I say no downtime, but its done super fast so there server is down for 0.01 seconds, but you wont feel it). The way it does this, is the first time it backups the whole server, then every hour it only backups the changes on top of what was originally backed up. So its not backing up the same data twice. Pretty cool and convenient huh? So if anything ever does go tits up we'll only have to backup from an hour ago. It is expensive... and as long as things are going as they're going I can keep this awesome system.

JANUARY COMPETITION
As i haven't had much time to decide on a decent January competition so I'll be running a "DarkAsh sig" competition. Basically, to get ready for the new forums I would like a new avatar and sig image. Includes:

They don't have to be animated, but they can be. Must say "DarkAsh" on the sig. The winner will get their work on my forum posts. There can be only 1 winner, (which will be 50 plasma). Post your images here: http://reignofblood.net/forum.php?brd=gen&step=read&msg=245826

As for the theme its up to you! You can submit up to 5 versions each (make sure they are all on your one forum post). They must not include any copyrighted material/images. Good luck and thanks to all that enter! Ends 25th January 1010

Ash
Email ThisBlogThis!Share to TwitterShare to FacebookShare to Pinterest
19 comments