Thanks to everyone who donated during the birthday event, and I hope you enjoyed the event and the 'Free Plasma Day'. Lets move on, shall we! 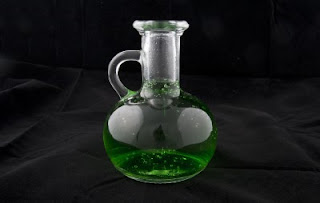 Edited note: Due to the amount of requests from the users of the old MP single stat powers, I have decided to add them into this new system. As for MP itself, I apologise for the mix up, but the fact you could indeed stack MP was an unknown bug. It was never reported so I had no idea of its existence, hence why MP now works the way it does, for that I apologise. When redeeming MP, it sets your MP to what you should have, and not stack it. However, from this moment on I will compromise and allow you to stack up to 2000 MP (from buying Trik's potions, redeeming MP will set it at 200/300/400 regardless.) One last point, people complain about the hourly reset lag (and rightly so) but things can't improve unless we take off unnecessary things which slow it down, which can be redeemed in other ways (Like MP, motivation). Can't have it both ways.

All the current features (which have been edited) are listed again below.

I first announced vampire powers back in 2008, which was very well received as a good free way to temporarily increase your stats. Even more so was version 2 when I introduced the percentage increases, which made people want to continue working on their stats for even further temporary boosts for the same price. I would now like to introduce version 3, and a re-brand.


Vampire Powers have been re-branded as power potions. Following in the footsteps of Trik's potions, a whole new set of potions specific for temporarily increasing your stats is now at your disposal. It works almost the same as the previous vampire power system, with a few extra little perks, and simplified.


Head over to the new Power Potions Store at the Dead City for more info. You can claim today's MP right away. There is a FAQ page you should read on the power potions page before using.

Some due stuff coming very soon. Enjoy the weekend,
Ash

Thank you very much Ash for the MP improvement. I think 1 hour is much better then the 10 minute that it was for in the past. One of the reasons I did not take advantage of it since it was only ten minutes. Nice job!

I played this game a few years ago, and I've followed the blog since. I notice you consistently have issues with the hourly reset lag and I wanted to give you some advice on fixing that.

I'm going to assume you are using Cron Jobs, because the lag problem is typical with using them. The solution is NOT to keep reducing what is increased hourly, it is to change your system.

I recommend you use a "on view" method for your hourly reset. The reduce in lag will be amazing. It's a simple concept. Instead of running an hourly query against your database on all of your users (which is super laggy), you simply store a timestamp of each players last hourly reset. Then, you call a function on each page, checking when their last reset was, so if it was 2 hours ago, then they receive two hours worth of updates.

With that system, only online players will receive their updates, and as soon as someone logs in, their updates will be applied and they won't know any better. This eliminates lag since you are only processing resets for those actively browsing the website instead of thousands at a time.

Hopefully this helps you out! I highly suggest you try a method such as this instead of that tedious manual claiming that reduces the fun for your players.

'One last point, people complain about the hourly reset lag (and rightly so) but things can't improve unless we take off unnecessary things which slow it down, which can be redeemed in other ways (Like MP, motivation). Can't have it both ways.'

Err... reset all these stat things at say... 20 past the hour? (if it was quarter past it would get in the way of battle protection wearing off, half past would get in the way of wars, rahp etc. Still don't see why things like motivation need to be claimed rather than just resetting half an hour after midnight.
Problem solved.
P.S Claiming rather than automated seems to me like cavemen saying 'actually, sod the wheel, let's go back walking'

Moving the reset times to another time in the hour does not solve anything, it just moves the problem around. Like the wars etc.