2012 Roundup
2012 was a great year. For those who may have forgotten, here's a quick roundup of some of the new features & updates added to the game:

- The minions were introduced
- Achievements list 5 added
- Stats page completely redesigned
- New referral system
- Thermoden was introduced giving the ability to dual wield and more
- The ability to subscribe monthly to bundle packs
- Family houses were added as an alternative to warring covens
- A new version of the toolbar was released
- Boys Vs Girls (and other events) were introduced
- Daily quests were re-done and a new random daily
- RoB Mobile was redeveloped and released in ALPHA stage
- Tested out chat quiz nights
- Brand new "add to cart" payment system
- New direct credit/debit card payment option
- A brand new homepage layout
- And more events than ever! Several events over the months making our most active weeks ever.

What was your favourite part of 2012 on Reign Of Blood?


Happy 2013
I hope everyone enjoyed the Christmas event and had a great new year. As this is the first blog post of 2013, lets get this year started.


Quests
For those that do pay attention to the game updates page as you login, you'll notice I've been adding a few new quests this week. Quests are one of the biggest things asked for by the players, so I'm going to try hard to get a constant flow of quests flowing your way. I will attempt to continually release 1 new quest every single day. How's that?

Keep an eye on that game updates page for when more are added.

The Random Daily Quest
I've said several times I'd come back and revisit the daily quests, especially the newer random daily quests. So here are the changes I've made this week:

- Find 60 gems in the underground has been reduced to 30
- Quests must be completed and redeemed by 23:55 game time (instead of the old stated 00:00)
- Fixed the killing RoB-Bot bug that was happening to a very select few
- There has been some discussion about the lottery tickets one, and the answer is that you will be rewarded the quest if you have bought 100 tickets for that weeks draw. So if that quest comes up twice in one week, you don't then have to buy another 100. Sorry this wasn't more clear. The chance of this will be reduced anyway as more quests are added.
- The coven daily quest ONLY applies to the set 100 kills/50 Vadenhill quest, not the coven money one set by the owner. I've linked to the page exactly when this quest comes up to show which quests unlock this quest.
- 6 new daily quests have been added to the random daily quest. I'm not going to spoil what those 6 quests are, you'll have to wait and see what comes up. 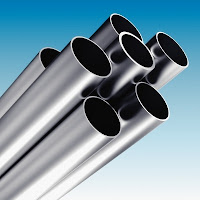 Yes folks it is time for the next installment of ... The metal man. Metal man 5 quest is now live. When will this madness end?

Damned Metal Man. What the hell are you frickin building anyway?

Find 30 Gems instead of 60 is great news, as is the addition of new quests, especially for those of us with rapidly emptying quest halls.
Thanks!

ROCK ON ASH!!! :D Glad to see that we're approaching something that the damn metal man is going to build! *growls* Seriously, awesome timing, and great fun! Thanks so much!

HOw exactly do you get exactly on 50 seconds?
I dont see how you can do it.

Damnit Ash, I thought I was done with MM for good :(

Thanks so very, VERY much, Ashie! Now, I'll be having one Hell of a time finishing these new Quests(as well as the old ones), so hooray!!

P.S.
I'm being slightly sarcastic, but don't worry, I still thank you for doing what you've already done and will continue to do. <3

Well if you don't like Metal Man don't do it !!! Personally I've been begging for another one for months !!! YAY Ash !!!

2012 was an awesome, jam packed year of new stuff and the way 2013 has started off I'm sure it will totally rock as well.

I so thank you for making Random Quest 30 gems :-) and listening to all our suggestions etc.

The Olympics were exceptionally great this year :-)